Erik is Werlabs Product Owner and he has previous experience from multinational companies such as Ericsson. Erik earned his bachelor's degree from Stockholm University where he studied Computer and Systems Sciences with specialization in Business Administration and Information Technology.

He is born and raised in the municipality of Lidingö, just outside Stockholm, where he still lives today.

In his spare time, Erik enjoys sports. Closest to his heart is the game of golf, which he has played since the age of 6 and today he plays of a handicap of 6. Furthermore he also follows football and the Allsvenskan league, as he is a supporter of the current Swedish champions: Djurgårdens IF. When he is not all about sports, he fancies to experience Swedish wildlife and nature, reading a good book, playing a game of RTS or enjoying a glass of scotch in the company of good friends.

Besides this he has spent many years working voluntarily in different associations. The European Youth Parliament in Sweden, The Moderate Youth League, The Moderate Party on Lidingö and Lidingö Golfclub are a few examples. Erik is also popularly elected to the city council of Lidingö since the general election in 2018.

Erik has been a part of Werlabs since spring of 2019.

Some of my colleagues 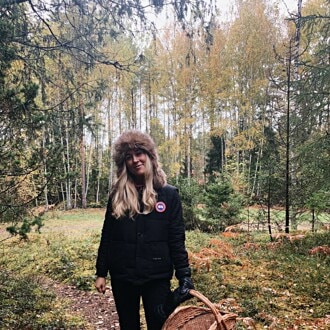 We offer health check-ups via blood-testing.

All test results are analysed by our laboratories such as Karolinska Universitetssjukhuset, SYNLAB medilab and Unilabs and later on also reviewed by Werlabs doctors. Up until today we have helped over 300,000 customers and more than 1,000 companies to improve their health.

Let’s recruit together and find your next colleague.